The ‘Romantic’ Theology of the Inklings

Pure “Northernness” engulfed me: a vision of huge, clear spaces hanging above the Atlantic in the endless twilight of Northern summer …and almost at the same moment, I knew that I had met this before, long, long ago….” --C.S. Lewis in Surprised by Joy 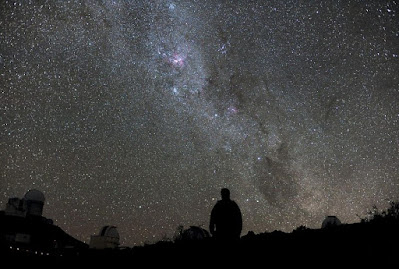 North is the first of the four Cardinal points of the compass to which all others are related. Symbolically, northernness is an orientation in life, a quality of character in literature, an image and metaphor in mythology and poetry, and one of the quadrants of the wheel of life. For C.S. Lewis and the Inklings, the way to God lies to the North, embedded in the images and stories that point to the “regions of the summer stars.”

The name of the seminary in which I teach Romantic Theology is Northwind Seminary--pointing to the breath of God and dynamic movement of the Spirit to orient the compass of our lives to true North. The Northwind Doctoral Program in Romantic Theology seeks to capture this twilight notion found in Norse mythology and Celtic spirituality, and embodied in the imaginative writings of the Oxford Inklings.

Romantic Theology is a term coined by Charles Williams and carried out collaboratively by C. S. Lewis and “our little literary club” known as the Oxford Inklings. In their shared vision and love of Greek and Norse mythology, Arthurian legends, Celtic sagas, and romantic poetry, they produced an enduring treasure of theological fantasies and spiritual writings reflecting the romantic spirit in theology. Through the portal of what Lewis called the “baptized imagination” Romantic Theology was born.  The Inklings, through their writings, have inspired generations of Christians and people of goodwill to read and write with the “feeling intellect” of the heart, and not just analyze and abstract propositional truths with the discursive reasoning of the mind.

As a literary scholar and orthodox Christian, C. S. Lewis felt that “if the real theologians were doing their job” there would be no need for lay theologians like him.  Lewis and his fellow Inklings championed the creative conjunction of Logos and Mythos (Reason and Story) to produce compelling works of theological fiction.  JRR Tolkien, Owen Barfield, Charles Williams and others, joined Lewis in employing mythopoetics–the language of myth, metaphor, poetry and narrative–to point to religious experience and theological truths in aesthetic and concrete ways.

The Inklings met regularly in Oxford pubs and University rooms to converse and read aloud to each other their works in progress in the 1930-40’s. Williams referred to this chivalrous and fantastical enterprise as the “theology of romantic love” and tried to express its main elements in his posthumously published Outlines of Romantic Theology.  Owen Barfield’s autobiographical attempt to capture the romantic vision of the Inklings is published as Romanticism Comes of Age. And C.S. Lewis in his Essays Presented to Charles Williams gave the notion a tentative definition:

“A romantic theologian does not mean one who is romantic about theology, but one who is theological about romance, one who considers the theological implications of those experiences which are called romantic.”—C.S. Lewis

For the most part, however, the Inklings were content to perform romantic theology without the need to over-define the term or systematically develop the field. “What we have instead is a cross-current of Theology and Literature focused on creative imagination, romantic religious themes, and the collaboration of the Inklings to produce a body of work worthy of the name,” according to Dr. Michael Christensen who directs the program.

For more on the rational and romantic roads to truth, see my essay on “Lewis: The Rational Romantic” in the Appendix to my C.S. Lewis on Scripture, and in the book Gaining A Face: The Romanticism of C.S. Lewis by Donald T. Williams, and Romantic Religion by R. J. Reilly. 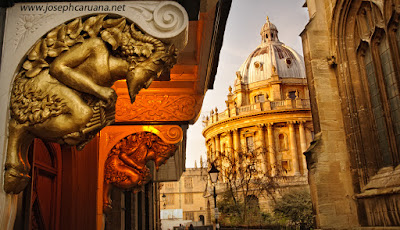